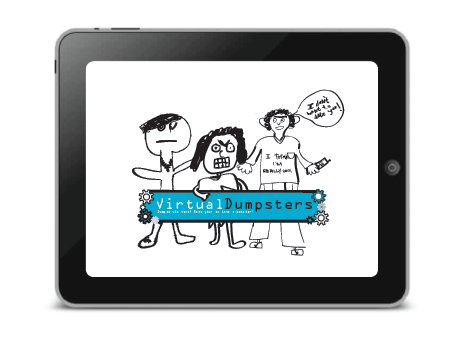 The assignment: Find 20 people who have something unusual in common. Construct a flexible identity and supporting system through which the 20 users, and others like them, can coalesce as a community. The original 20 users supplied the necessary content for the identities, as well as functioning as a focus group to test out project iterations. Students worked in small groups to build sets of 20 users and then broke apart to develop individual design solutions.

UT juniors did a fabulous job developing innovative solutions.  Here is a sample of their projects.

Carter Kelton: Disposed
A community of people who have been virtually dumped

Using this iPad application, users fill out a quick questionnaire referencing their recent relationship experience. Info from the questionnaire feeds the flexible mark. Each user is added to the changing network of individuals in the form of a circle. The size of the circle indicates the length of the recent relationship. The position of the circle within the larger network connects the new users with others who have undergone similar break-ups. Chris Ruppelt: Scar
A community of people who have physical scars

This zine curates a collection of user-uploaded images of scars. Each scar includes a backstory that reveals the narrative behind the scar. The cover perfs off, allowing it to function as a stencil for scarring other items. Each issue of the zine explores a different category of scar. Emma Mesk: Dear ________ Tattoo
A community of people who have tattoos they regret

This website allows users to break up with tattoos that no longer fit their lives. Each user fills in the blanks of a tattoo breakup letter and then officially submits it as part of the site gallery. In addition to adding text, each user also uploads an image of their tattoo. The first adjective in the letter and the image feed a flexible mark that updates in real time to include each contribution. Emily Hennen: Virtual Dumpsters
A community of people who have been virtually dumped

This iPad app asks users to draw the person who dumped them virtually  (i.e. through text messaging, e-mails, social networking, etc.). The drawing process help the user express their anger toward the individual. Each drawing becomes part of a virtual dumpster badge that states “I have no soul.” This badge can uploaded to the offending dumpster’s Facebook page.
The goal of the community is to educate the public about the importance of face-to-face relationships/communication. Emily Gilles: Invisible Scars
A community of people who have emotional scars

Through this website, or through a campus organization, users order circular templates. Each user is asked to draw their emotional scar on the appropriate template (head, arm, etc.). They then send the filled in template back to Invisible Scar. Invisible Scar turns the templates into wearable buttons. The participant then receives in the mail the same number of buttons that they originally submitted. The buttons, however, are not their own. Instead, each participant is asked to wear another’s invisible scars, thus making visible another’s emotional pain. Implementation of this project would take place in a limited physical space, such as a college campus, so that step two of the project could work. Step two asks each person wearing a scar button to trade with anyone else they happen to see wearing a button. Ben Smith: Newly-Marked
A community of people who have tattoos they regret

Using this iPad application, users can upload images of tattoos they regret. After adding their own images to this site gallery, users are asked to move on to step two. In step two, each user draws over another user’s uploaded bad tattoo image. In other words, to participate you must upload an image and then re-envision another’s tattoo mistake. The exercise is meant to be cathartic and fun. All resulting drawings are gathered in a gallery. 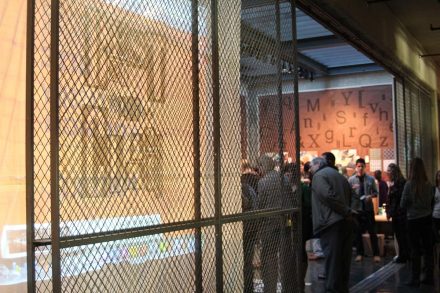 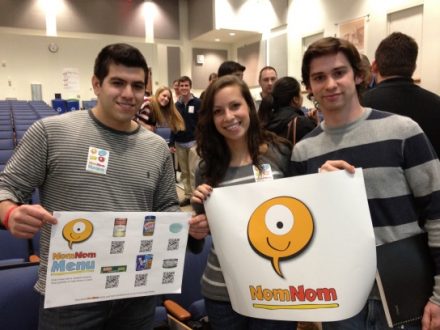