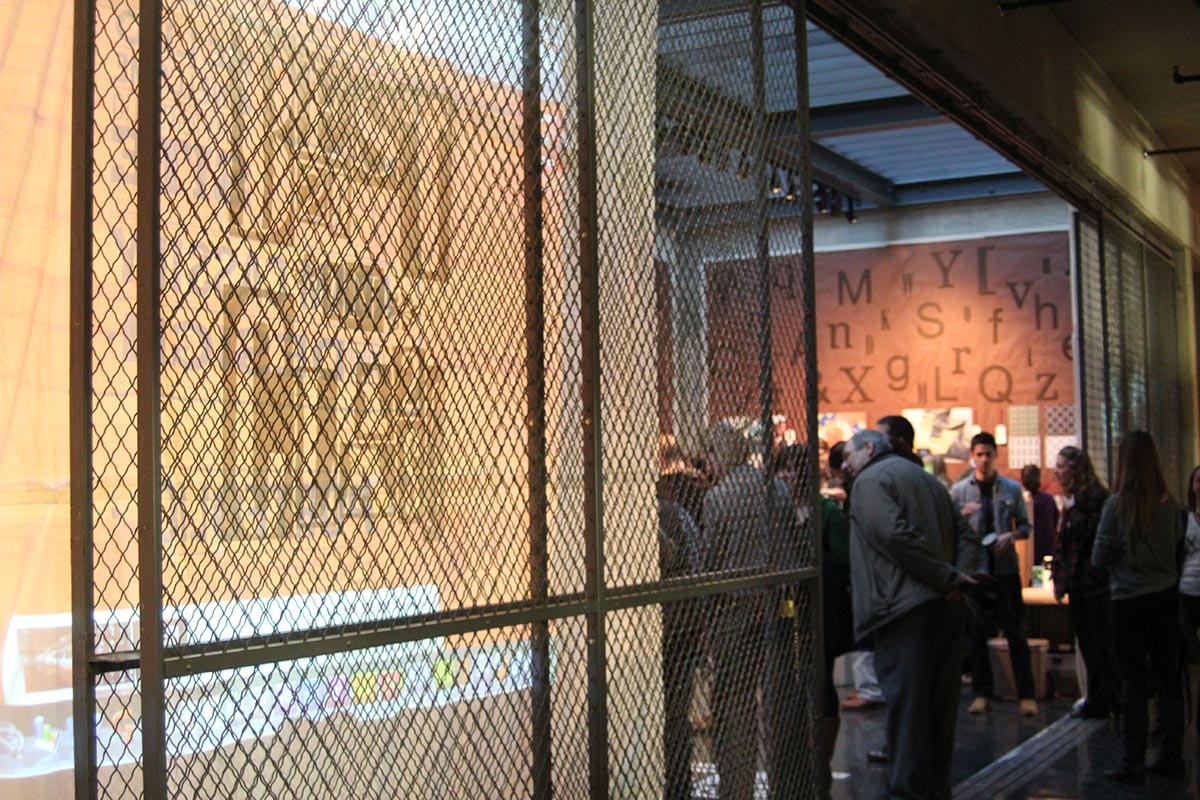 This week, graphic design students opened The Best in Class exhibit at Miami University’s Cage Gallery. Works from second, third, and fourth year students went on display, highlighting a wide range of project types and unique solutions from the students.

The third year 3D Studio designed and installed the exhibit itself as one of their three semester projects. Working together, five different teams developed ideas for how to best display the work of their classmates, presenting these to the graphic design faculty, who then voted on their “favorite” (though they really liked them all!). The studio then redistributed into different groups, each with a specific task related to producing the actual exhibit.

One team developed a video invitation to the show, as well as a local website to be shown during the exhibit. Another worked on take-away items and name tags for the installed work. Another designed letters that would be installed above the student works, and the last group procured the various pieces, contending with printing requirements and timing issues.

The show officially opened on February 20th, drawing a rather large crowd for the event. It remains open through Friday, March 2nd.