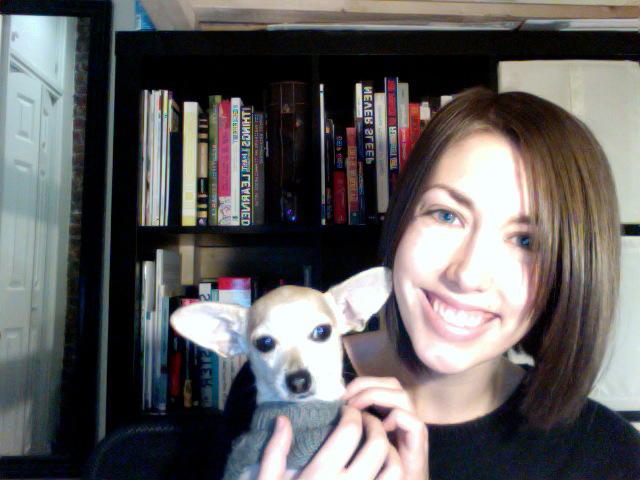 Hello Miami designers (and friends)! It seems like it’s only been a few months since I was in Oxford, working in the studio until some absurdly early morning hour then trying to find time for a quick nap or shower before class, but in actuality it has been nearly two and a half years since I left. Since graduation I’ve made my way east and currently find myself in New York City. To anyone thinking about looking specifically for NYC-area design jobs after graduation I HIGHLY recommend it… I love living and working in a place so full of life and energy. Art and culture is everywhere and I get to be a part of a huge, thriving, active design community. Though the rumors of shoebox-sized apartments and frustrating subway service are certainly true, there are few places I’d rather be working as a designer.

I’ve designed for a few different studios and organizations over the past few years… it has taken me, like many of my design friends, a little bit of time to find my own personal niche in the design world (so, if you’re feeling less than over the moon about your first job: do not panic, you aren’t doing it wrong. Give it a little while because things might get better and, if they don’t, you have plenty of time to find a place where you feel truly comfortable). After a brief stint at a studio in New Haven I found myself at a small design agency in Brooklyn, mostly doing work for Coca-Cola. Initially this was VERY exciting… working at an agency in a cool, artsy Brooklyn neighborhood and designing for one of the biggest brands in the world seemed kind of like a dream. After the shiny newness of my job wore off, however, I discovered that though I certainly didn’t dislike my job, it wasn’t quite as fulfilling as I would have hoped. I’ve always found that my best design work is driven by a desire to enact some kind of positive social change. At Miami I was surrounded by opportunities to design things for student organizations or events dedicated to social causes and didn’t really appreciate how great it was to have such abundant opportunity for socially conscious design. Outside of college, in the “real world,” those opportunities are harder to come by (or unpaid and therefore difficult to take on). I missed doing work that I could see having some sort of direct, positive impact on the world and, as much as I wanted to, just couldn’t make myself feel particularly passionate about soda.

Last spring I left my cool Brooklyn studio job to design in-house at TASC, an educational nonprofit. As I told people who seemed skeptical about that move, my current job sounds a lot more boring but is, at least to me, a lot more interesting. I feel more engaged in my work because I’m contributing to a cause that I believe in… working late suddenly seems much more bearable since I’m creating things for an organization that I really care about. Though I was initially a little nervous about becoming an in-house designer I’ve learned that, in the right work environment, designing in-house is nothing to be scared of. Even though I’m no longer in a studio full of designers, my coworkers are still excited about design and open to new, innovative design solutions. They’re passionate and dedicated and I’m so glad to work with them. I feel that I have a great deal more creative freedom here than I’ve had at previous jobs and, since I’m actually a part of the organization, I’ve developed a much fuller understanding of TASC’s mission and goals that makes me a better and more knowledgeable designer. I’m completely happy with my decision to leap into the social design world and don’t see myself going back anytime soon.

Figuring out where to go from here is a bit daunting, since social design isn’t exactly a well-defined career path. I’m currently putting together applications for a few graduate programs that I think would be a good next step… I’d like to learn how to become a more thoughtful and involved social designer, using design as a tool to solve problems and jumping into the problem-solving process at the very beginning. I’m happy with what I’m doing at my job now but I want to be able to do more and do better. I think that spending a year or two in a masters program, surrounded by like-minded people grappling with similar questions, would help me figure out exactly how I want to go about pursuing social design. When I look to the future, my chosen path seems intimidating but also exciting.

Finally, I think I’d be a pretty neglectful alumni guest blogger if I didn’t offer at least a little bit of advice to current students. So, here you go: 3 things that I think that other young designers should keep in mind.

1. Keep a sketchbook. I’m aware that this is probably the ten-thousandth time that you’ve been told to keep a sketchbook but it’s really important… so, here it is again: if you aren’t doing it already, keep a sketchbook. I literally can’t think of a single truly successful project I’ve worked on that didn’t start out with at least some sketching. It’s by far the best way I’ve found to generate ideas. Sometimes it’s not easy to make yourself sketch (if you’re in school with 5 other projects to deal with or at work with a really tight deadline), but just 10 or 15 minutes of quick sketching can make SUCH a difference in developing a strong concept or two. Make time for it. Additionally, sketch/collage/write things in your sketchbook that aren’t related to any specific project, they might serve as unexpected inspiration for something you’re working on in the future.

2. Also, keep a blog! After graduation I spent about a year and a half saying “Oh, I’m going to get around to starting a blog… sometime…” before I actually did it. I wouldn’t say that I’m the greatest blogger in the world (probably about third of my blog content is weird animated gifs) but I do wish that I hadn’t put it off for so long. There are some obvious benefits to blogging even if you don’t manage to attract a big following. Somewhat like a sketchbook, I find that my blog is a great place to hash out my thoughts on things and also to become more well-informed – I don’t want to write or post anything that I don’t fully understand, so I generally learn a lot when putting together posts because I do some research on whatever the topic is. Even though my blog is fairly image-heavy there’s still always some writing to be done, and I really like that maintaining a blog gives me a reason to write somewhat regularly (since, like a lot of designers, I don’t always get the chance to do TOO much writing at my job).

3. Don’t let other peoples’ opinions dictate your design career. This is actually a lot harder than it sounds. When I left my last job to come work at TASC I was worried about how it would look to others in the design community. Going from an agency with big, international clients to an in-house position at a nonprofit that’s less widely known would probably look like a downgrade to some people, and I frankly didn’t want anyone to think that I was moving backwards. I’m glad I didn’t let those worries stop me from taking the job, though, because it was definitely the right decision. I know that my current job has made me a better designer; I’m more engaged in my work so it’s more thoughtful and creative. It has also helped me determine what kind of design I’d like to pursue in the future. So, just keep in mind… what might look like the best career choice to an outside observer may not necessarily be the best choice for you personally. Don’t let others’ judgement keep you from doing what you really want to do.

To all you current Miami design students… good luck, work hard, enjoy your remaining time at school and feel completely free to send me an email (kristen@kristenmyers.com) if you’d like to talk about socially conscious design, living/working in New York or anything else!

Some Examples of Kristen’s Work: 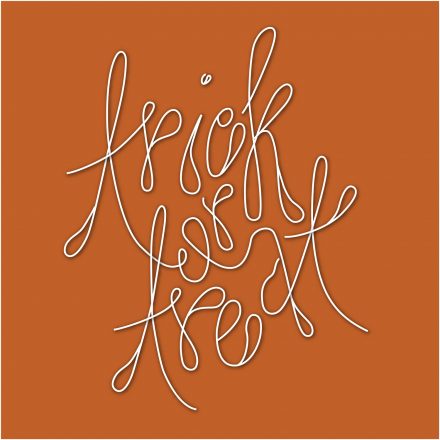 Read More
next story
Out of My Hands Baltimore 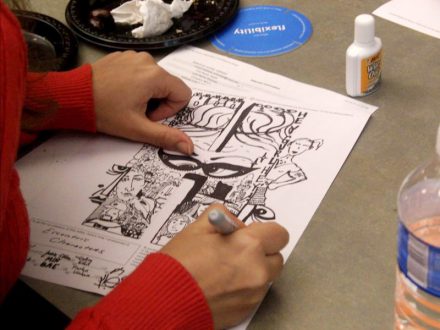